TAKE THE PLUNGE: Worrying about Something is Always Worse than Doing It! 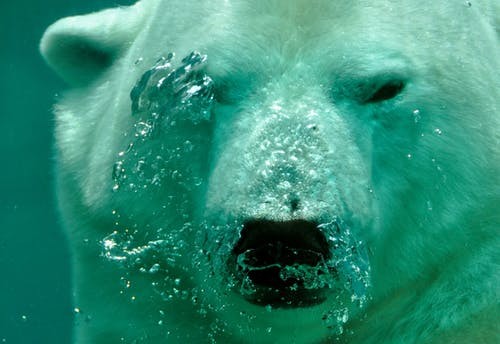 Take a deep breath and dive in!

It didn't matter that this was, I believe, the 7th time that I had done it.

It didn't matter that it was a 'relatively' moderate day, temperatures were in the low 30's.

It didn't matter that I had my daughter with me, again, as she did not want the tradition to end.

I was apprehensive, irritable and not looking forward to it at all. Wet and cold was not what I wanted at that moment.

Then again, how many of you think that it is a great idea to jump in the Atlantic Ocean on New Year's Day?

My son had started the tradition about 10 years ago.  Another son and daughter had done it a few times, but were now thankfully 'retired' from the plunge, happy to sleep in after their past evening's revelries.  Apparently somewhere along the way I became the keeper of the flame.  Or perhaps the iceberg in this case.

The wind was whipping uncomfortably from behind our backs as we waited on the sand at The Narragansett Town Beach with 400 or so of our closest friends and neighbors, staring eastward into the frothy Atlantic Ocean.  The clouds would occasionally cut in front of the sun cutting off its warmth and decreasing the temperature perceptibly and uncomfortably.  Anxiety, annoyance and at times downright dread filled my thoughts.

And yet, once again, in another one of those 'lessons in life' moments, as always, it turned out to be a fast, fun and wonderful experience that left us both feeling exhilarated, keeping a tradition alive and creating a special moment for us together.  My daughter even enticed 2 other friends to join us at the shoreline, although only one decided jumped in while the other friend guarded our towels at the pavilion.

So…what did I re-learn from this particular adventure?

In the sales world (and all of life in general), don't get paralyzed with overthinking the next phone call, note or letter to send, or how someone will perceive you at a networking function.  Some of it may not go right, but don't build walls of worry around yourself that limit your production, experiences and success.

Make the commitment to take the plunge.

Dive in, even if you get a little cold and wet, you'll probably find that the results were worth the effort.

Brian Butler is the VP Business Development of The Allied Group and TAGmedica.  He is also the author of two books: Find 'Em Get 'Em Keep 'Em and the recently released In Search Of...Customers!  He is also on the Board of Directors for RI Bio.

Tweet
What is a Salesperson’s PPP in the time of COVID?
Customer Service: "Santa Style"