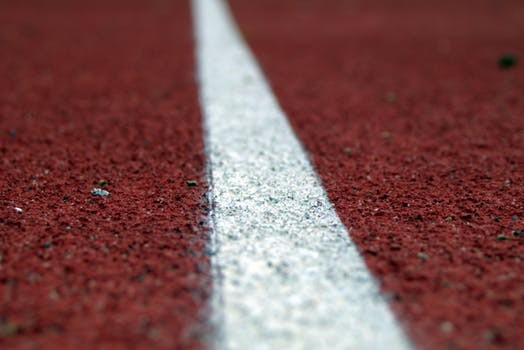 Mind you, I used to be with him. Much of my life I had a very "do or die" mentality. I often found my emotions whipped back and forth, elated with my victories and despondent with my defeats.

Somewhere along the way it seems I may have grown up a little bit and grown wiser as well.

Last weekend was my third ever road race. The Mew's Tavern Easter Seals event. While I've always been reasonably athletic, I was never much of a runner. But a friend urged me to participate in a local race 2 years ago and it was so much fun I went back to do it again both last year and this year.

Now here's the thing. I didn't go into it this year just wanting to "try." I wanted to compete with myself and improve my time from last year. I put more into my preparation and training than the last two years. Ran the length of the course 6 times over the preceding two weeks. Really watched my diet so I could be a reasonably slim and not drag any excess weight around the roads.I truly felt great.

At the start of the race I felt great. I had taken a long walk and then jogged easily for about 15 minutes to warm up. I was ready to go. I was slightly annoyed at the massive log jam at the start where cars were parked on both sides of the street and none of the runners could actually run. It was like we were cattle being herded into the pen.

But soon we climbed the first hill and things opened up. There were many spectators lining the streets and many more on their front lawns cheering us on. One house was even blasting music from the Rocky soundtrack. We all picked up the pace there.

At the half way point, I noticed some people in front of me that I didn't think looked like they were running very fast. Then I also realized I was not gaining any ground on them either.

I went past both the 3 and 4 mile markers feeling very good; felt I was making good time and that I had a lot left for my final homestretch kick. As I turned the corner and picked up sight of the finish line, I sprinted the final couple of hundred yards and crossed smiling.

When I went to the tent and printed the results, I was astonished. My time, 34:30 – 35 seconds slower than last year. My pace, 8:03 / mile or 8 seconds per mile slower. I immediately felt slightly dejected.

The feeling passed quickly thankfully. While I had not achieved my goal, I did not "do" it, even though I "tried" really hard, I was ok.

What was it that had me gain 35 seconds from the previous year? Was it the painfully jammed up and slow start? Was it that I saved too much energy for the end and could have expended some more effort to go just a little faster along the way?

I came in 356th place, so on the edge of the top 20 percent. I came in 35th in my age division. But, I was slower than last year. Yoda might have been disappointed with me. And a younger version of myself would have been as well. Both of us might have chalked it up as a failure.

But in the end it didn't matter. I competed. I tried. I had a lot of fun. There were no medals to be won and no trophy presentation to be had. And that was just fine. I had tried my best, and now it was time to accept the results. And go have some food and beer with my other 1,725 new friends who finished the race.

Now, all I have to do is to get ready to try again next year!

Brian Butler is the VP Business Development of The Allied Group and TAGmedica. He is also the author of two books: Find 'Em Get 'Em Keep 'Em and the recently released In Search Of...Customers!