Looking at the "Social" in Social Media 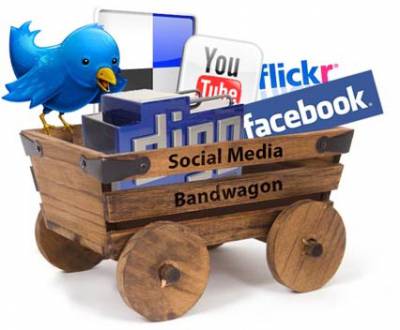 I'm just as guilty as anyone. I've jumped on the bandwagon and embraced all the tactics...blogging, tweeting, posting, inviting, connecting...certainly more to do, but you get the idea. So I guess you could say the "media" part of social media. And I guess that makes sense. As a contributor in a marketing communications company, it would seem logical that I would be active in all these areas.

But as a top direct marketing agency looking to embrace and incorporate social media as one of our primary lead generation methods, you could say that I'm missing 50% of the equation. What about the "social" part?

Easily overlooked, it's the most fundamental aspect of business development in general. It's probably not a coincidence then that the overall business climate and atmosphere has gotten more personal. It used to be that there was a separation between who you were as a professional and who you were as an individual. The two didn't necessarily have to be bipolar, but you wore your wing tips at work, and your slippers at home. And you didn't ever mix them up.

But with Facebook and LinkedIn and the fact that I'm writing in this style in a business setting for business purposes are all examples of how people are expressing themselves as individuals. There's no doubt that the "blurring of the lines" has created its fair share of concerns, but let's focus on the positive for now. The fact is that people work with people. People they like, people the can relate to, people they can converse with...people they feel comfortable with. It doesn't mean that I need to break bread with everyone in my social network, but my network is comprised of people I like and people that I would buy a drink for if I ran into them at a restaurant on "my" time.

Just one example of how this hit home for me. The main contact at one of the large clients we work with on lead generation using one to one communication is just a tough guy to pin down. And, simply put, he's busy. He doesn't always respond to emails and other outreach. But when my daughter was born, I posted an auto-reply message on my email saying I would be out of the office due to the birth of my daughter. As I checked my email late that night, I had an email from him. He congratulated me and wished me the best of luck during this very significant time in my life. It made me realize that I can incorporate all the "tactics" I want...but If I lose sight of the simple social foundation and the importance of connecting with people and building relationships, I'm simply missing the whole point!

Tweet
The 10 Most Persuasive Words in Copywriting
The U.S. Women’s Gymnastic Team’s Lessons for Amer...