Do Beards Make you Smarter? 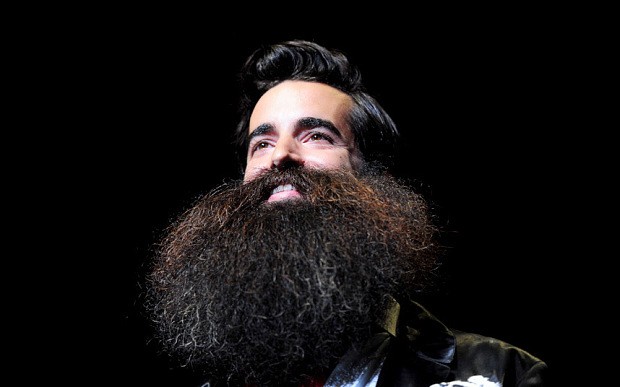 Well that's easy, of course they do! I mean just take a quick glance through history and it's clear. You've got Einstein, Nietzsche and da Vinci. Galileo, Sophocles and Shakespeare! These guys don't even need a first name.

Abraham Lincoln and Ulysses S. Grant for sure were pretty smart. And John Lennon definitely wrote better music when he had a beard (didn't work for Paul McCartney though). But don't forget Kenny Rogers and ZZ Top—not only were these guys sharp dressers, they also knew when to hold 'em AND when to fold 'em! How about C. Everett Koop? You can't be the Surgeon General without being smart. This is probably proof enough, but…

Let's break this down into categories.

Well we already mentioned Lincoln and Grant. But there's more. Robert E. Lee and Brigham Young come to mind. When statues of you exist, you have to have done something right, right? Karl Marx has his own "ism"—enough said. And then you have Charles Darwin. Having your own published theory of evolution has to at least get you on this list.

Conor McGregor comes to mind first. Of course I don't know Connor. But I know he figured out how to monetize a mixed martial arts career—a paltry $100 million pay day comes to mind! I'm going to throw Hulk Hogan in this too. I don't think he had a beard, but I have to count that Fu Manchu he's always had. There's no doubt that he is not as smart without it, and definitely not as tough! Bryce Harper, Evan Gattis, James Hardin, Brett Keisel—some household names, some not. But look any of them up and, clearly, their beards are directly related to their success.

Captain Obvious! Literally, the Captain Obvious character on the Hotels.com TV spots. Clearly, it's the beard that makes it all work. And is it me, or does it seem like David Letterman and Alex Trebek are smarter with beards? Then you have all the guys from Duck Dynasty. Clearly, anyone who builds a dynasty has to be smart. I could go on and on with this category, but I'll just mention two more: Mr. T. and Chuck Norris. That settles that!

This is where creativity and intelligence truly intersect. I already mentioned John Lennon and he's probably the only example needed. But when you throw in Jim Morrison and the "Barry's" (White and Gibb of course) you've left no doubt. And there's certainly nothing careless about George Michael and no reason to whisper about it at all—if you grew up in the 80's, you just shout, shout AND let it all out!

Let's start with the classics. I'll just get them all out right here: Ernest Hemingway, Walt Whitman, Charles Dickens, Henry David Thoreau, Herman Melville, should I continue? And I simply have to go with Mark Twain. I don't think he actually had a beard, but he had such an awesome mustache that he qualifies. And then there's Stephen King. He doesn't always have a beard, but, when he does, he looks absolutely psycho and I have to imagine that he did some of his best creative writing with a beard.

But, I had to save the best for last. Santa Claus. Saint Nick. Kris Kringle. The father of Christmas itself. I mean this guy is ageless (literally). He's overweight and his Doctors have been warning him about his cholesterol for the past 500 years. But not only did he learn how to get a sleigh piloted by reindeer off the ground, he figured out how to deliver presents to millions of children all over the world in a single night. On top of that, he knows who's naughty and nice, and somehow has the ability to read millions of lists—twice—and get it all right!

Next up, "do these glasses make me look smarter?"