Yes, We Do That

The Allied Group is New England's leading provider of Printing, Kitting, Mailing and Fulfillment services. Our blog authors have backgrounds in Sales, Marketing, IT, Production and Operations and post useful tips, trends, news and opinions in our industry and beyond. We know you'll find something you enjoy. Most of all, be sure to jump into the conversation!

5 Secrets to Success with Direct Mail

1. Realistic Expectations
I'm beginning to sound like a broken record with this one. There are no magic solutions. Direct Mail and other lead generation methods as stand-alone tactics in a vacuum are basically useless. Direct mail, whether personalized direct mail or one to one communication, is a great component of a complete direct marketing program. Stick to the basics...tell your prospect why your product/service is unique, why they should buy from you and why they should buy from you now. And then remember, unless you catch lightning in a bottle or miraculous timing (which can happen) people don't typically make a buying decision right on the spot. They need time to further educate themselves and let it "stew" a bit before they take any action.

4 Ways Marketing Can Help you Get Paid Faster 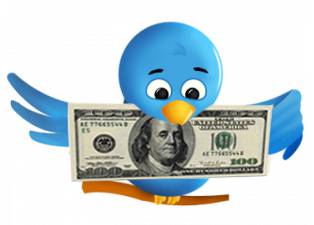 When we think of marketing and developing a successful integrated marketing communications program what tends to come to mind first are the 4 P's, new business development, direct marketing postcards and maybe how marketing and sales support each other, or could be better aligned. But what about applying marketing concepts to your business process? For this post, let's look at how we can use marketing to get paid faster:

1. Profile and Segment. You most likely already do this. You just don't apply the criteria for business process purposes. You put a lot of thought into profiling an "ideal client"...well part of what makes a client ideal is how they pay. You don't need to judge who's better or worse, but include that criteria to segment your prospects and maintain that information as they become a client. You'll then know which clients will pay best, and which ones you may have to apply tips 3-4 on...

A Psychology Lesson at Penn State

This week, Penn State received severe penalties from the NCAA, worse than the  “death  penalty,” once the most stringent discipline meted out to athletic programs that break NCAA rules. This punishment is well-deserved. For unlike previous perpetrators who showed callous disregard for the rules of collegiate sports, officials at Penn State displayed total disregard for the welfare of children.

The men at the helm of this otherwise distinguished educational institution, in the words of investigator and former FBI Director Louis Freeh, “failed to take any steps for 14 years to protect the children who Sandusky victimized."  University officials, including legendary Head Coach Joe Paterno, “never demonstrated through actions or word any concern for the safety and wellbeing of Sandusky’s victims until after Sandusky’s arrest.” In fact, this damning report went on to say, “Although concern to treat the child abuser humanely was expressly stated, no such sentiments were ever expressed by them to Sandusky’s victims.”

How could it happen?

The first allegation at Penn State in 1998 was investigated by the campus police.  A NY Times report on that query stated: “Sandusky admitted showering naked with Victim 6, admitted to hugging Victim 6 while in the shower and admitted that it was wrong,” said the report issued last weekend by the Pennsylvania attorney general. “Detective Schreffler advised Sandusky not to shower with any child again and Sandusky said that he would not.”

Somehow Paterno, Sandusky’s boss, figured that the matter had been put to rest.  Yet when his former quarterback, now grad assistant Mike McQueary reported seeing the Defensive Coordinator molesting a child in the shower, Freeh states that Paterno told him, “You did what you had to do.  It is now my job to figure out what we want to do.” He did nothing.  With children’s welfare at stake, how could a father and grandfather take no action?  It’s easy to note that they weren’t his grandsons, and Sandusky was a valued colleague. But there’s a psychological component as well.

Spray and Pray...Yeah, That's What I Say!

Well, kind of. If you talked to any lead generation agencies or strategic marketing consultancy firms now, or going back a couple of years... the term "spray and pray" would certainly have to be followed by the prerequisite chuckle or at least a smirk. But why would such a popular tactic maybe 5 years ago or longer now be a virtual curse word or insult? Cuz people don't get it.

We're talking about the top of the funnel here folks! I know I'm going down a slippery credibility slope now, but at this stage in the process I want as many people as my funnel can muster. In general, I want you, your friends, your grandma and your podiatrist to know who I am, what I do and how to get in touch with me if you need to. I want to be top of mind.

Of course this "approach" began to lose it's appeal in the world of corporate marketing communications when the only tools in your tool belt were direct marketing postcards and data to print. It simply costs too much to reach out to a large group of unqualified people via print (and many other media) and then fold your hands neatly together and kneel in front of your phone.

But that's a different argument. It simply means you probably shouldn't use print as a cold local lead generation method! To me, as marketing technology has advanced, I've got my CRM, Marketing Automation, and social media to help me manage and track my leads, develop appropriate nurture campaigns and fantastic forums to push my content out. Maybe it's just a matter of changing "spray and pray" to another old adage, "the more the merrier!"

Do you want to build the top of your funnel? Well, here's my top ten and I'm even going to stick with the "T" theme:

10: TEST. Tests don't have to be complicated. As a matter of fact, the more complicated you make them, the more suspect the results. A good old A/B split is enough. Do it with every campaign.

9: TRY. Don't be afraid! Most people don't bite. If you've used direct marketing postcards in the past, regardless of the results, you have to keep it fresh and try new things. Don't necessarily abandon what has worked in the past, but realize that sooner or later, it won't work as well as it did.

Lessons from Flo and the Gecko – Part One 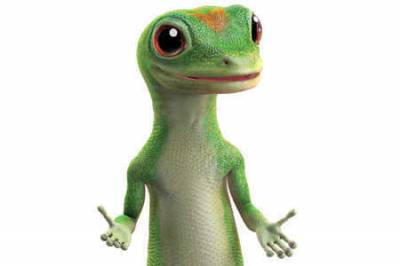 It seems they’re everywhere – the GEICO Gecko and Flo, the Progressive sales lady. And while some find them irritating, even aggravating, there’s no denying their impact. CNN Money reports that GEICO added 700,000 new policies last year; the insurer’s website reports that its policy base reached a total of 11 million this spring. As the U.S. economy slowly adds insurable risks, the gecko is doing his job winning consumers.

Flo the Progressive lady is earning her share of business as well. After sales dipped in 2008, Progressive used Flo to aggressively promote its direct sales website to television viewers. It’s now one of the Internet’s most popular insurance sites. Company sales grew by 3% in 2009 and 2010, expanding by 3.6% in 2011.

Why Flo and the Gecko Sell Insurance

The challenge with selling automobile insurance is that state-regulated policies are a commodity.  There are not a lot of coverage distinctions to highlight. Therefore, key differentiators include company strength, service and price. Carriers like Amica (as The Allied Group’s marketing and design staff well knows) can accentuate all three. GEICO and Progressive have chosen to focus on price, a winning strategy in a struggling economy.

Ah, summer at last! Unfortunately, for many enrollment officers, easy summers disappeared with the crest of the high school population wave. All their marketing communication strategies, effective yield programs and one to one communication may have produced a promising incoming class. But these days, numbers that look good in May could easily melt away by September.

Now institutions have events planned to keep the newly deposited freshman class fully engaged so that no competitor can snatch them away before classes begin. Getting interested prospects to admissions events is important, but making sure that accepted students and deposited freshmen attend events designed for them could be crucial.

Part One showed how social psychology’s Commitment/Consistency Principle can help. It outlined an experiment in which a restaurant reduced no-shows by 66% just by asking those making reservations to agree that they would call if they needed to cancel. Getting people’s agreement to live up to the arrangements they’ve made is very helpful. But to really assure that people will fulfill their end of the bargain – get it in writing.

I wish! These days, my gut is serving as a rather nifty iPad shelf...it keeps my wrists at an optimal angle for maximum touch screen typing. But that's another story.

I'm talking about some good ole fashioned marketing and sales support decision making. The kind you made with your gut. Yeah, it was equal parts experience, facts, statistics, luck, talent combined with a little bit of "which way's the wind blowing" today that went into all marketing communication strategies.

Dang. (Did I say that?). As we're rapidly whistling into the fireworks frenzy of the 2011 4th of July weekend, I was reminded of my friend Joe Dirt and his simple, logical "business advice" for his fireworks dealer. At The Allied Group, we're always experimenting and providing advice in a business development professional services capacity. Always thinking of and trying new technology, tactics and processes to get that desired result.

As we sit and appreciate some great fireworks demonstrations this weekend and think about our marketing communication strategies as our minds drift, remember, there are duds in every display. A dud doesn't have to kill your performance though. Just stick to the basics...build a fundamentally sound program and try to set realistic expectations.

And if you need a little inspiration, take 2 minutes and listen to Joe!

5 Simple Steps to Spruce up Your LinkedIn Profile

Part of being a top direct marketing agency is listening to your colleagues, right? Well here are some quick recommendations that I've learned, observed and tried to give your LinkedIn profile a little boost!

1. Who Cares. Wow. This applies to sooo many fundamentals of marketing. Even though LinkedIn has done a nice job walking you through an easy-to-navigate, simple interface, it doesn't mean you need to follow it to the letter of the law. Go through your profile and ask yourself, "who cares"? If the answer is "nobody", then go back and make sure that what you're writing is compelling, relevant and valuable to your audience.