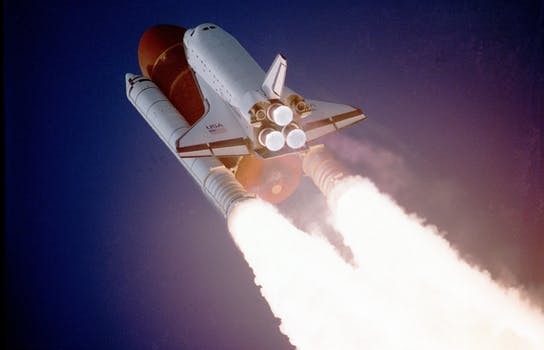 "The secret of change is to focus all of your energy, not on fighting the old, but on building the new." Socrates ​Think about change for a moment.  Change is a word and a concept that often immobilizes even the most goal-oriented, determined and successful people among us. Think of a happy circumstance you are experiencing right now or the fl...
Continue reading
0 Comments
Tags:
success motivation
Tweet
0 Comments

7 Things Columbus Would Want You to Discover 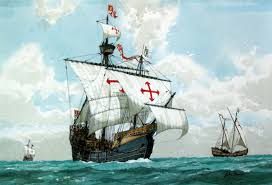 "The real voyage of discovery does not consist in seeking new landscapes, but in having new eyes."  Marcel Proust In recent years there has been some controversy surrounding Columbus, his voyage, the "finding" of America, his treatment of Native Americans etc. Being that Monday was Columbus Day, it got me to thinking about the overall concept ...
Continue reading
0 Comments
Tweet
0 Comments 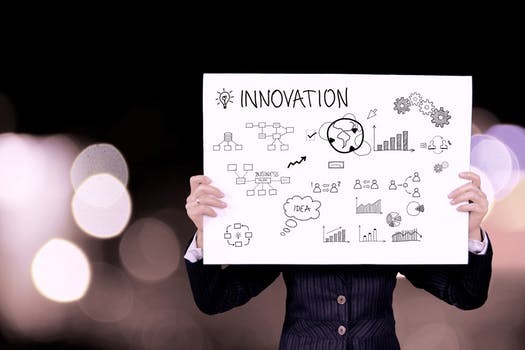 Some additional information about our TAGmedica division and how we help genomic and diagnostic testing companies.  Innovation is a critical capability for diagnostic and genomic testing organizations to help them identify and bring new life-changing discoveries to patients. The real-world outcomes would suggest that life sciences organization...
Continue reading
0 Comments
Tweet
0 Comments

5 Sales Lessons for the Fall 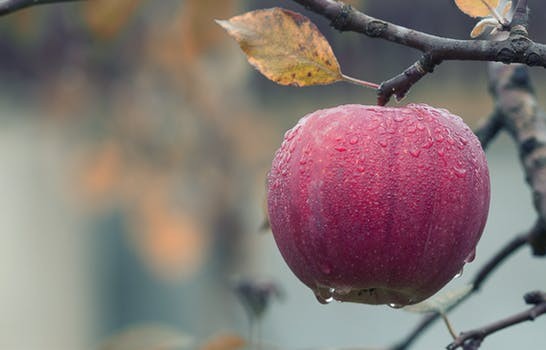 There is a time for every season and every purpose under the sun it was famously written.  Well, fall is no exception.  It is here.  And for me, it brings with it some interesting sales and business lessons. 1. Look for low hanging fruit.  On our recent trip to the apple orchard, I spent a good bit of time maneuvering the 'picke...
Continue reading
0 Comments
Tweet
0 Comments

"Education costs money, but then so does ignorance."     ~ Sir Claude Moser Now that all of the parents of school-age children have seen the 'big yellow bus' roll down the road at least a few times this year, it makes sense to think about what back-to-school lessons we need to be reminded of from a marketing perspective.  Here a...
Continue reading
0 Comments
Tweet
0 Comments

Optimism is Not Optional 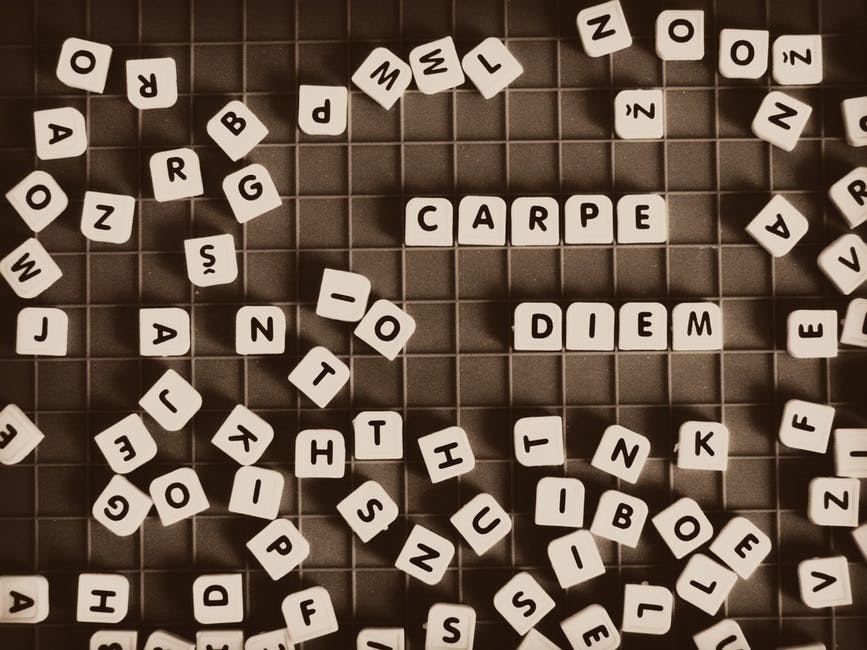 Dictionary.com has this to say about optimism. [op-tuh-miz-uh m] noun a disposition or tendency to look on the more favorable side of events or conditions and to expect the most favorable outcome. Whether by nature or nurture, some folks have a greater propensity to be optimistic. But it is also a learned trait, a discipline of both the will and th...
Continue reading
0 Comments
Tweet
0 Comments 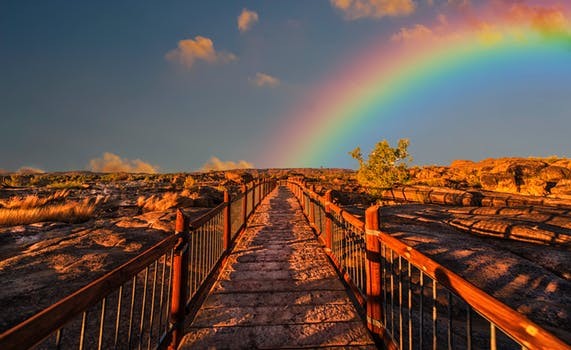 Dictionary.com gives us this definition of success: [suh k-ses] the favorable or prosperous termination of attempts or endeavors; the accomplishment of one's goals. That's way too sterile for me. There is no injection of emotion, enthusiasm or inspiration. Certainly goal achievement plays a part. But as I pondered it, and experienced my own circums...
Continue reading
0 Comments
Tweet
0 Comments

The Bermuda Triangle conjures up images of mystery, danger and disaster. All too often, marketing gives the same feelings to those who don’t understand it or have failed at it.

Just as three points always make up a triangle, these 3 marketing and sales support mistakes create an area where profits and progress can be swallowed in a “perfect storm” of sales prevention.

1. We know who our customers are. Living in deeply parochial New England, we all too often hear something along the lines of the familiar refrain, “But we’ve always done it that way”. This promotion of the ostrich method of marketing (and/or management by sticking your head in the sand) when it comes to progress and the acknowledgment of changes in technology, styles or buying behavior is extremely dangerous. Or the conversely but equally effective business killer, “everyone is our customer”. Though I’ve seen some Mercedes and BMW’s on my trips to the local Wal-Mart, I’m pretty sure that even they do not expect to have everyone as their customer. In an era of ever-increasing specialization, the need to define your target audience is no longer a nice-to-have but an absolutely need-to-have requirement.

2. We don’t need (or can’t afford) marketing. No less an authority than the late business guru Peter Drucker said that all businesses had only two priorities, innovation and marketing. He also commented “the goal of marketing was to know and understand the customer so well as to make selling superfluous.” Sounds not only important but mission critical to me. Yet the corporate marketing services budget is often the first thing to be cut (if it exists at all) in a down turn or when companies feel the need to reduce costs. How dumb is that?

3. Engaging in “pixie dust” marketing. The other reaction in a downturn is to say something like, “quick, let’s do some marketing to get sales up”. The recent commercials advocating that Yellow Book advertising is the “cure all” to a bad sales month or quarter only serves to reinforce this type of thinking. But rarely if ever does a one-hit marketing effort drive results and even if it does in the short term, it’s highly unlikely to do so over the long run. Marketing is not an event.

In the opening sequence of the classic television show, The Beverly Hillbillies, the character of Uncle Jed (played by the actor Buddy Epsen) is chasing a rabbit and fires his rifle - missing the rabbit and only ends up taking a big chunk of dirt out of the ground. But, miraculously, “up from the ground comes the bubblin’ crude”. He and his family had struck it rich with a single random shot from the old trusty family hunting rifle.

In our “hunt” for anew business leads to help create sales however, it’s likely going to take considerably more effort than one or even a few random shots to create a steady stream of prospects. Only with both sustained and intentional effort can we generate the ability to acquire the correct prospecting targets initially and, the right customers eventually.

For many years now, the funnel has been used as a diagram in countless sales and prospecting discussions. Sales training has often focused on bringing prospects through the “sales funnel”. But that is absolutely the wrong picture to have in our heads. In building a sales (marketing and sales support) list of qualified prospects, the proper image should be one of a pipeline. Something that has a continuous flow of prospects, not a voluminous, unqualified top end.

Your revenue pipeline is likely going to take more time, energy, and resources than you may hope for or be comfortable with. But there are rarely any shortcuts to building a process that will deliver a steady stream of prospects in the long run. Though the tactics will change depending on your business, industry and circumstances, consider implementing the following 3 concepts when building your pipeline.

Identify. For each of your particular products or services – find those customers most likely to buy. Spend some effort profiling your existing best customers. What are the common characteristics? In all probability, similar people or businesses exist who share the same needs and values and would make ideal prospects. And therefore, are more likely buyers of your services.

The ultimate goal of marketing is to Attract customers by making yourself attractive to them. It is the concept of pulling ‘em in rather than pushing information out – thereby – pushing them away.

Marketing is everything you do to promote your business; from the second you dream about it through the time you actually have customers buy your products and services. It encompasses all aspects from naming and branding your company through the ways you present your value proposition to your target audience. Peter Drucker, the acknowledged leading management authority of the 20th century, said that marketing and innovation were the 1st concern of all businesses, more important then anything else including finances.

Good marketing and sales support is not an expense but rather an indispensable investment. Most successful companies, even ones that had a unique market position at the start, eventually have to differentiate themselves from the competition. The only way to do this in both the short and long run is marketing.

Today marketing consists of the original big four of price, product, place and promotion, but now also includes people, productivity, process and physical evidence. Solid marketing communication strategies and consistent tactical execution are the only way to guarantee that you stay top-of-mind with both your prospects and customers.